I am sure that for many of you right now, you are probably losing it. “How dare she say, ‘so what’ to having a baby.” “Having a baby is a miracle, all moms should be celebrated, it’s a big deal to have a baby.” Yeah, I know all that, believe me. I have had a child of my own. However, that is not what this post is about. It’s actually about people pleasing, my insane need of approval, and to be liked. Don’t roll your eyes at me. I’m guessing, that you want those things, too. Who doesn’t want to be liked? Think about the last thing you did, that you really didn’t want to do. You probably said yes with annoyance, and that cringe worthy feeling anyway. What does a baby, people pleasing, seeking approval, and wanting to be liked have in common? Read more to find out.

Since leaving my former job, and former life, I have stayed in touch with some of more co-workers. We get together once or twice per month for lunch or for walks at our closest park. During one of our lunch sessions, Sarah asked if I would like to attend Mona’s baby shower. As she extended the invite she had this twinkle in her eye and the warmest smile on her face. Her excitement and reaction is not surprising. Sarah has four kids of her own and is always one to make everyone feel welcomed and loved.

In the hypnotic spell of her cheeriness I said, “yes.” In some ways I was looking forward to seeing the other women from my former job, but a part of me still felt hesitant. I ignored the hesitation and ran with the idea of attending the baby shower. In the weeks following the invitation, I continued to listen to Andrea Owen’s podcasts while driving to and from parties. The more I listened, the more I felt the undeniable pain of realizing that I was a people pleaser, and desperately sought approval. Chalk it up to daddy issues and teenage bullying, which I will cover at another time. I am sure many of you have experienced it too.

*It should be noted even as a people pleaser and approval seeker I have always been a badass, but never to my full potential.

In learning more about myself, I realized that I have been impeding my own happiness by doing for others things I really didn’t want to do. In knowing all that, my brain, in one  coffee deprived moment woke the hell up. It was a dreary and rainy morning. With my hair in a bun, and driving braless, I pulled out of the carpool lane after dropping my daughter off at school. As I began preparing for my day, which included the baby shower, my brain flooded with memories of all the things that hurt my feelings when I was working with Mona. As I pulled up to the red light with those memories and feelings happening all over again, I decided that I was not f*#king going!

What were the memories that hit like a ton of bricks? It was all the moments that I approached Mona during working hours trying to strike up conversation, inviting her to lunch with no acceptance, her going to lunch with other co-workers and to never be invited, not being asked out for drinks along with the rest of the women we worked with. The lack of invitation to Mona’s bachelorette party, bridal shower, and her wedding. So why the hell would I go to her baby shower! Because I wanted to be a nice, for others to like me, and not to be viewed as rude. Other than Sarah, and maybe Mandy, I had no ties to any of the women I used to work with, including Mona.

In remembering all the times that I put in unreciprocated effort, all the times I saw the photos of a night out and heard the stories, I realized that we were not friends. When I accepted that we were not friends and probably never would be, my thoughts said, “you’re having a baby, so what. Welcome to club. Women have been in it for millennia. Was the statement in my head a little angry? Yes. Not so much at Mona, but at myself for wanting to please someone who could have cared less. For the next hour I ranted out loud in my house, like a crazy person, about all the perceived injustices of my former co-worker Mona. About how I would not be slighted again. However, the truth was not nearly as dramatic.

The truth was, that maybe I just wasn’t her cup of tea. We all want to be liked by everyone, but that just isn’t the real world. For whatever reason, Mona and I just didn’t connect. Maybe she liked me, maybe she didn’t. At the end of the day it didn’t really matter, because we were no longer in each other’s orbits. I gave it effort when I had the chance, but we just didn’t become friends and that was okay. I realized that the bullied and alienated little girl in my heart will always want to be kind, liked, and friends with everyone; but the women in my soul knows that is not possible and is learning to be okay with that.

In the end, I sent a message to Sarah and respectfully told her that I couldn’t attend the party, thanked her for the invite, and asked her to give my best to Mona. In declining the party I built my confidence more than I ever imagined possible. In learning and recognizing my approval seeking and people pleasing qualities, I get to spend more of my time with people I love and those who love me. Isn’t that what we really want? 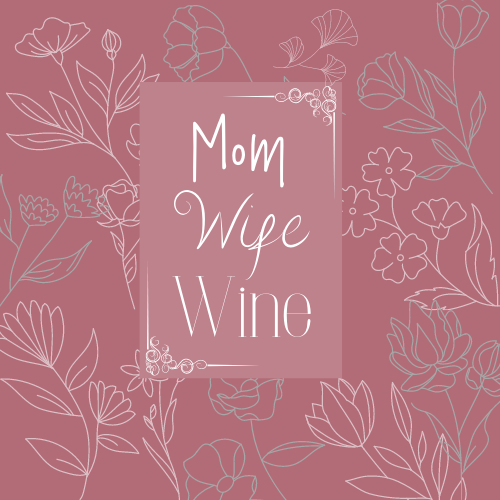 What’s On Your Mind?

What's On My Mind

Australian Traveller that loves to "Roam" our globe, creator of ENDLESSROAMING.COM sharing the experience through word and photography. Heading to the USA this coming June

A lifestyle and Photography blog

Conversations people are afraid to have, but should.

A daily selection of the best content published on WordPress, collected for you by humans who love to read.

Conversations people are afraid to have, but should.

The best longform stories on the web

The latest news on WordPress.com and the WordPress community.